Our Albania Tours Are Different

With so many Albania tours on offer, choosing the right one can be tricky. We take you to places other tour operators simply can’t reach – and in our own unique, informal style.

The Drive Albania story began in 2012, when company owner Ed Reeves travelled to Albania with his mother to write a story for the UK Sunday Telegraph newspaper (Old Lady Reeves had visited Albania twice under Communism when it was a European North Korea; read the story here). Ed was intrigued by Albania, and came back later in the year in his Toyota Rav4, thinking it would be tough enough to get him into the mountains. It wasn’t.

One thing led to another, and in a bad case of mission creep Ed found himself setting up Drive Albania in 2014.

The idea behind Drive Albania was to show foreign travellers the less-visited regions – which usually require a good 4×4 to reach, due to the often catastrophic state of Albanian mountain roads. In Ed’s view that the towns and cities visited on standard Albania tours, such as Durrës, Saranda, Pogradec and Vlorë, were best driven through as quickly as possible. The most rewarding Albania experiences were to be found in the smaller towns and remote villages. The same is true five years on.

If you join one of our western Balkan and Albania tours, you’ll be well looked after by our experienced drivers and guides. 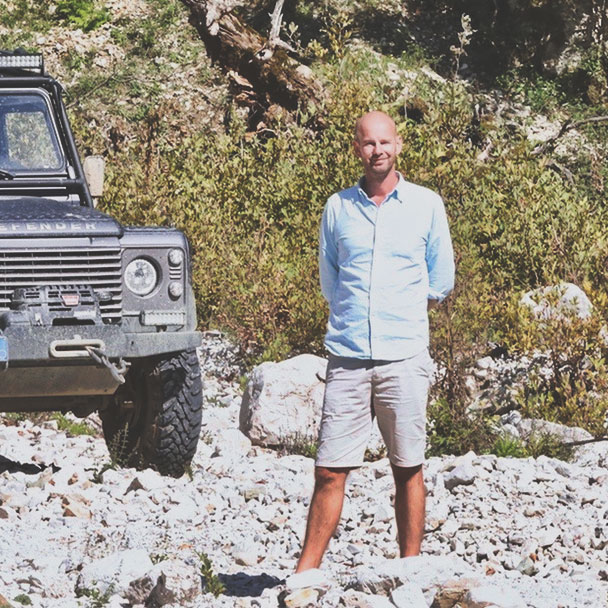 Ed started his career in London’s “exciting media world”, beginning on Car Magazine, before going on to edit Ford’s pan-European customer magazine by way of GQ, House & Garden and even, bizarrely, Brides. After realising that working in media was a futile waste of time and effort, he decided to set up a tour company specialising in off road Albania tours so he could combine his love of Land Rovers and the Balkans… He now lives mostly in Tirana with a small dog snatched from under a bin, Bubi. 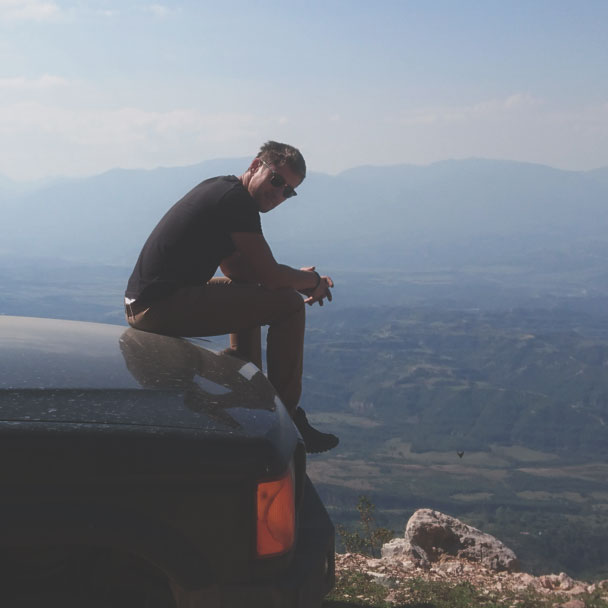 Ardi was born and raised in Montenegro, came to Tirana a few years back to study dentistry, liked Albania, and stuck around. While he (very) slowly approaches the end of his studies, he doubles up as our lead driver. Ardi has driven just about everywhere in Albania, Kosovo, Montenegro, Macedonia and Croatia, yet still has an uncanny ability to get hopelessly lost. He has been trained in the dark arts of offroading by a British Off Road Driving Association instructor, and is also handy with a spanner – if you have toothache he’ll fix you in seconds. 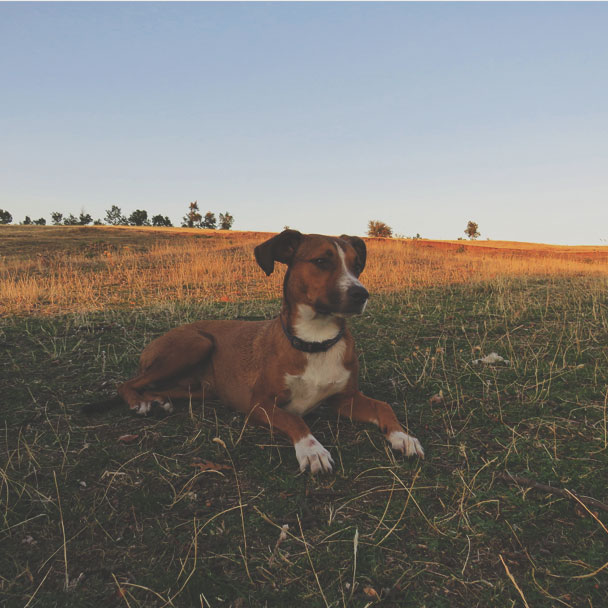 Bubi is the Drive Albania Office Dog, a demanding and sometimes challenging role that requires him to sleep on the sofa, eat Bubi Food and fart in the back of Land Rovers. He was recruited from under a trash can in Tirana after an extensive interview process, and retains many useful connections in the local street dog community.