Drive Albania in the Press 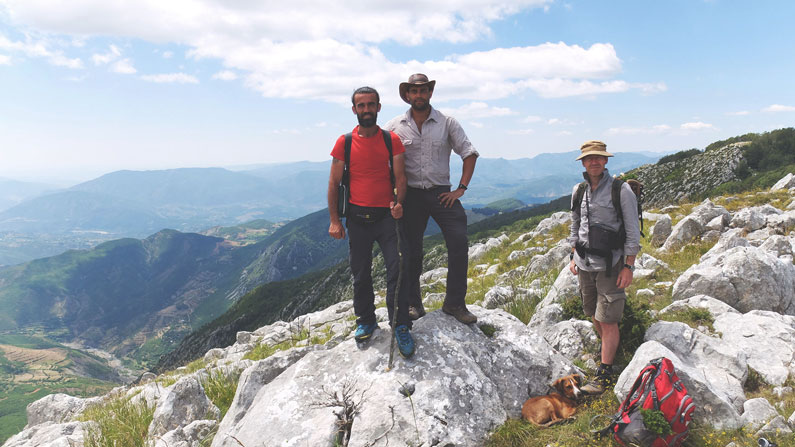 Since we first started our engines back in 2014, we’ve been lucky enough to get some great press coverage, and to help international journalists discover the hidden parts of Albania and the western Balkans. We figured it would be useful to keep all these Albania travel reviews and other press nuggets in one place, so here you’ll find links and the juiciest quotes. This page will get updated as and when we get written about…

In July 2017 we provided a Land Rover Defender, route advice, support (and a driver/guide in the shape of our very own multi-multi-multi-lingual Ardi Zhugjeli) for Dutch TV presenter Geraldine Kemper, and a film crew from top-rated travel show 3 Op Reis. Geraldine’s Balkan road trip began in Sarajevo, Bosnia, and ended on the beaches of Cape Rodonit, close to Tirana. Along the way we showed Geraldine and the crew some hidden corners of the Balkans that should make for truly epic footage. It will be screened in autumn 2017 over three or four episodes. You can view a trailer here, episode one here, episode two here.

Ashwin Bhardwaj, The Sunday Telegraph, May 2017

Tales of Heroism on the Second World War’s Forgotten Battleground

Writer and explorer Ashwin Bhardwaj (you might recognise him from Levison Wood’s TV shows, such as Walking the Nile), joined us in summer 2016 to walk in the footsteps of an ill-fated British Special Operations Executive mission, codenamed SPILLWAY. This was an incredible experience – a week in eastern Albania’s Çermenika mountains and Shebenik-Jabllanice National Park, with our kit carried by mule. You can read his article in full here, and a couple of choice quotes here:

“The next morning, a steep climb brought us to a ridge line directly above the Shkumbin river, with the Macedonian border five miles to the east. Davies had intended to escape that way, but the Albanian Partisan leader, Enver Hoxha, claimed that to do so would be treachery. Davies was blackmailed into turning north, towards the source of the Shkumbin.”

“We followed in his wake along overgrown pathways, squeezing past donkeys buried beneath their bundles of hay. The landscape and climate felt Mediterranean at these lower altitudes.”

“We walked beside a braided river and camped next to an abandoned mill, then made the final push to the head of the valley. A steep incline brought us to the hedges of Kostenje. The village is totally inaccessible to vehicles; so farming hasn’t changed for centuries.”

Visit Albania Now, Before it Changes Too Much

Sarah visited Albania in autumn 2015, and we had a nice surprise for New Year’s 2016 when her article came out. The whole piece is at the Spectator website, and not hidden behind a paywall, so you can read it here. If you’re time-poor, here are the best bits:

“I had ploughed through a lot of literature, but while this prepared me for the scale of the country-side, it had also given the impression of an unforgiving, suspicious race. The greatest delight was to discover quite the opposite: the Albanian enthusiasm for eating, dancing and music, together with telling jokes against themselves, is instantly endearing, as is their natural generosity and hospitality. Most striking is the atmosphere of religious tolerance. They are very proud of this, and it is difficult to distinguish, should one want to, a Muslim (almost two thirds of the population, but many adhering to the liberal Sufi-inspired Bektashi sect) from a Roman Catholic or an Orthodox: head scarves are barely in evidence.”

“Drive Albania [is] particularly recommended. No patter from bored guides, no beaten track, more a series of discoveries.”

Andrew travelled with us for a week in our first season, 2014. Despite arriving in August, it rained pretty much every day of his stay. You can read the whole piece here (no paywall), but here are two choice quotes:

“This is spectacular high country, riven by limestone canyons, at times soaring and majestic like the Atlas Mountains, at times bony and threadbare like the Anatolian plateau, at times bucolic and terraced with fruit trees like Alpine France, at times steeply plunging into sea like the Amalfi coast.”

“In our Land Rover Discovery, we climbed into the mountains to find old churches, precipitous villages that could have been Moroccan kasbahs, and shepherds doing what they’d always done, surrounded by bears and eagles. In the stone village of Benjë, for example, we were invited in for figs and rakia by a woman whose son had just come down off the high ground after a two-week stint looking after 100 sheep. Between mouthfuls of his first hot meal, he told us, with regret, how he’d lost one of his charges to the wolves.”

Keep up to date with our news from Albania

We hope that worked!