This is a unique North Albania & Kosovo Private tour, combining the most beautiful mountain areas with key cultural cities and sites, including Shkodër, Gjakova, Prizren and the breathtaking Visoki Dečani monastery

Payable in GBP, USD or euro.

Your money is held in a UK trust account administered by Protected Trust Services, and is released to us only when your tour begins.

Our North Albania & Kosovo Private tour is designed to showcase the key cultural sites, and the most beautiful landscapes. We’ll make a leisurely loop, stopping along the way in cities such as Kruja, Shkodër, Gjakova and Prizren, and also take two nights in the village of Theth, hidden away in a the Accursed Mountains.

We’ve designed the tour to keep drive times reasonable – you won’t be sitting in the car all day. Our routes are, we think, the most beautiful possible.

The tour can of course be customised around your interests. We’ll be passing through Albania and Kosovo’s wine regions, so tastings can be arranged with a little notice. And the north of Albania is home to some of the region’s best restaurants. We include a night at the acclaimed restaurant-with-rooms Mrizi i Zanave, but we can also stop for lunch at other spots, such as Trendafili Mistik on Lezhë Lagoon (featured on Rick Stein’s BBC series, From Venice to Istanbul).

We live and work in Albania, and are travelling the western Balkan region constantly. Our tours are designed with the latest on-the-ground knowledge, and combine the most interesting destinations with the most beautiful routes.

Our itineraries are designed to have realistic drive times – we don’t think anyone wants to spend all day in a car. This allows us to travel at a relaxed pace, and where possible we avoid over-developed towns and cities and instead focus on more traditional spots.

We choose drivers and guides with big personalities and great language skills – our thinking is that if you’re travelling together for a week or more you’ll appreciate being able to have a decent conversation.

We’ll be waiting to pick you up at the airport, hopefully at a reasonable time. It’s a short drive (about 25 minutes) to the historic city of Kruja, where you’ll be staying in a hotel with wonderful views to the Adriatic. If it’s early in the day we’ve time to explore the charming bazaar, and visit the museum dedicated to Albania’s national hero, Skanderbeg. If it’s later in the day, we can save the culture for tomorrow.

It’s not a long drive to Shkodër, but there are plenty of detours to make along the way, from beaches to one of Albania’s finest restaurants. We’ll aim to arrive in the late afternoon, giving us plenty of time to explore. Before checking into our hotel we’ll stop to take in the impressive remains of Rozafa Castle, which has been the sight of much bloodshed over the centuries.

Theth has been famously isolated for centuries now, but sadly road improvements mean these days are about to end. Five years ago the journey was suitable only for 4x4s with raised ground clearance, but from 2020 it’s been possible to reach it in a decent road car, snow permitting. It still retains much of its magic, though, so we’ll spend two nights here.

A day to hike in the valley, and generally take in the epic scenery.

We return to civilisation today. Even with the new road, it’ll take us some time to get up and over Boga Pass, so tonight we’ll end the day in the village of Fishtë, south of Shkodër. Here we’ll stay at the acclaimed restaurant-with-rooms Mrizi i Zanave. We’ll aim to arrive in the late afternoon, to have plenty of time to soak up the atmosphere. Chef Altin Prenga has created a very special place.

We have an early start this morning, so we’ll take breakfast with us. We’re catching the morning ferry from Koman to Fierze – widely regarded as one of the most spectacular inland ferry journeys in the world. We don’t want to oversell it, but the reputation is deserved. After disembarking we’ve an easy drive into Kosovo. Before calling it a day, we’ll detour to the wonderful Visoki Dečani Serbian Orthodox monastery. From here it’s a short run to the charming city of Gjakova.

We’ve time this morning to explore Gjakova. Whenever we’re ready we’ll push on to our next stop, Prizren. It’s just a 50-minute drive direct, but we have the option to make the easy detour through Kosovo’s wine region at Rahovec. Prizren itself is a bustling little place, and one of our absolute favourite Balkan cities. We’ll have plenty of time to wander its streets, and make the steep climb up to the fortress (best done at sundown to catch the evening call to prayer echoing over the rooftops).

Back into Albania today. Our drive is one of the most spectacular of the tour, as we wind our way above the Black Drin river into Dibër region. This has long been one of the most isolated and traditional parts of Albania, due to its very poor road links. Until 2021 the drive to Tirana took over four hours on very bumpy roads, but the new Rruga Arberit highway will sadly transform the area. We can stop either in a village guesthouse, or a comfortable hotel in the “city” of Peshkopi. The highest peak in the region, Korabi, is here – it’s a long but not difficult climb, and we can adapt the tour if you want to make it to the top.

Back to Tirana today, using the new Rruga Arberit road. Before checking into our hotel, we’ll detour to the extraordinary “secret” nuclear bunker on the outskirts of town, Bunk’Art. Tirana’s not a huge place, so there’ll be plenty of time to explore on foot in the afternoon. In the evening we’ll treat you to a farewell supper at one of our favourite restaurants, Mullixhiu – chef Bledar Kola is gaining an international reputation for his innovative take on Albanian cuisine. We think it’ll be a suitable end to your North Albania & Kosovo Private Tour.

We’ll get you to the airport in time for your flight!

This tour can be taken from late April into late October. The limiting factors are snow conditions in Theth and Dibër, and the Lake Koman car ferry, which doesn’t run through winter.

We can adapt our North Albania & Kosovo tour easily – if the car ferry isn’t running we can arrange local transport from Fierze to Gjakova and drive around to meet you. If Theth is unreachable we can substitute it with an alternative mountain location (even one with an indoor swimming pool). More time can be spent in Kosovo if you wish, too. Please just ask and we can tailor this tour around your interests.

And of course, depending on the requirement for a PCR test before departure, we can tweak things to give you enough time (a same-day test is possible in Tirana).

Assuming you prefer to stay in hotels rather than guesthouses, these are our preferred options. 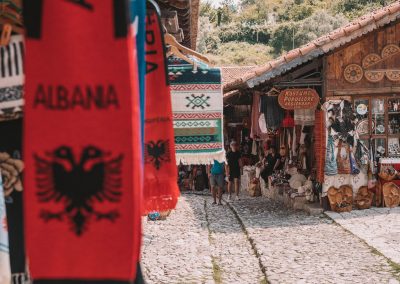 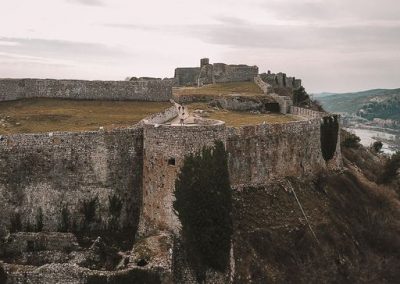 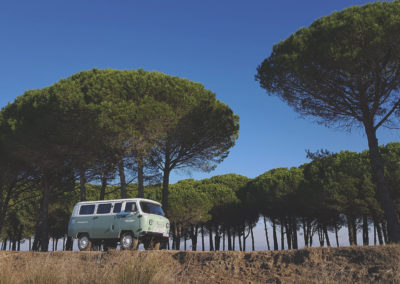 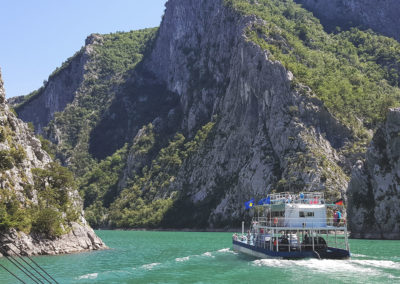 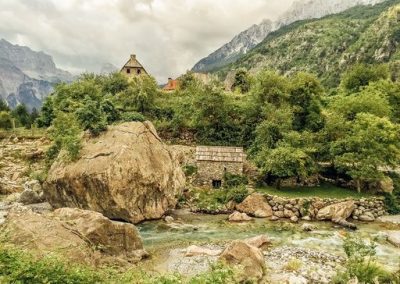 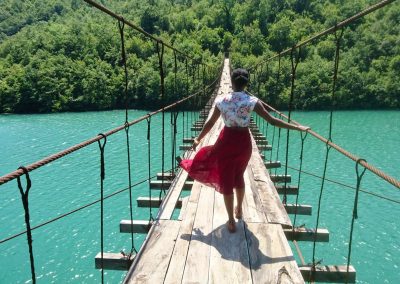 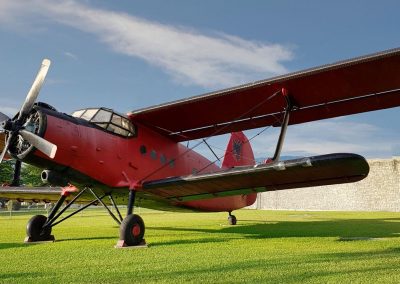 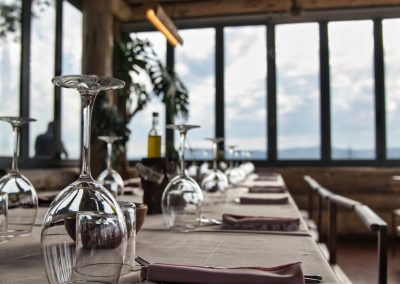 If our North Albania & Kosovo Private Tour isn’t quite what you’re looking for, don’t worry. We can customise it around your interests. So if you want some beach time, hiking, or more cultural exploration, just let us know and we’ll put together something that works for you.

As a UK-registered company, we have to comply with tough consumer-protection legislation. That's why we're proud to be members of Protected Trust Services. When you pay for your holiday, your money will be held in a British HSBC trust account administered by the independent PTS trustees. We only receive payment once the tour is run, so in the unlikely event of our going bust or your not being satisfied with the tour, your money is safe. To read more about how the process works, please visit the PTS website